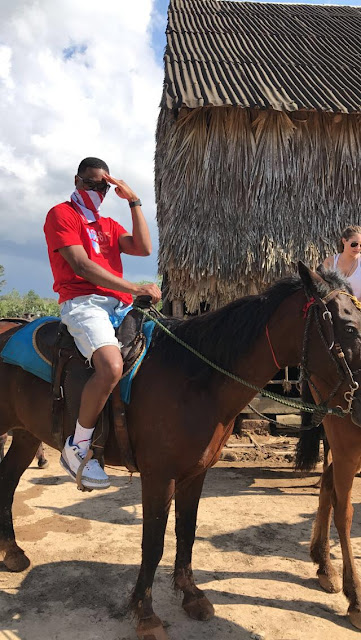 Whenever I am writing a blog my biggest challenge is always how I should start things off. The next biggest challenge is always how to keep the story short and sweet because I have so many things I would like to share. I am starting this blog off by saying “Thank You!” to the 44th President of the United States of America, Barack Obama. While President Obama was in office, he was able to create an Open Door Policy with Cuba. The United States and Cuba has always had a tumultuous relationship and President Obama, like his election slogan, he was able to create Change, and progress toward a positive relationship between the two countries. Fast forward to present day, and I must say you are not welcome President Donald Trump! We have all probably heard the news about the Trump Administration’s restricting relations with Cuba once again. All the diplomacy by President Obama has been put in reverse by the newly elected President Trump. But enough of the history lesson, lets really get started! 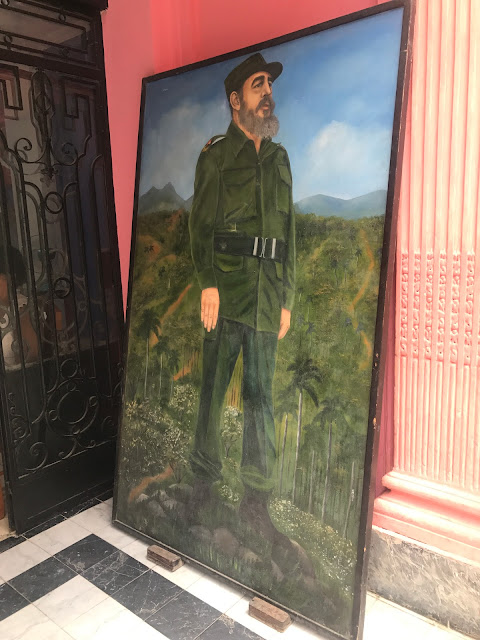 This should be no surprise to my regular readers but my cousin/travel partner Drew and I traveled to Cuba in April 2017. My trip had been planned for five days while his trip had been planned for seven days. For this trip we faced no death and no sabotage occurred, just smooth sailing! We arrived in Cuba with our Visas unlike in Brazil and quickly found a cab to lead us to our AirBNB.
Tip:
When traveling abroad, please visit the United States State Department to find out the visa requirements. Some countries allow you to obtain a visa on arrival, while others do not. Americans cannot enter every country with only a passport. 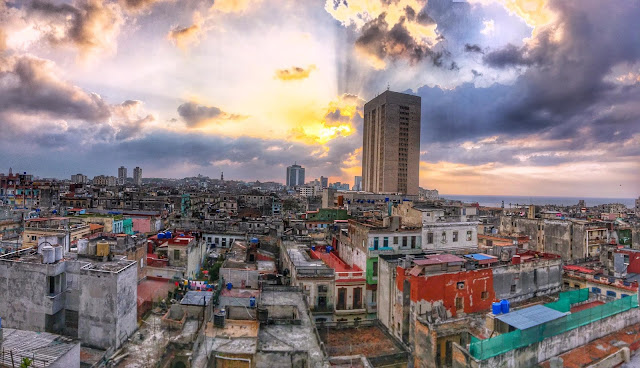 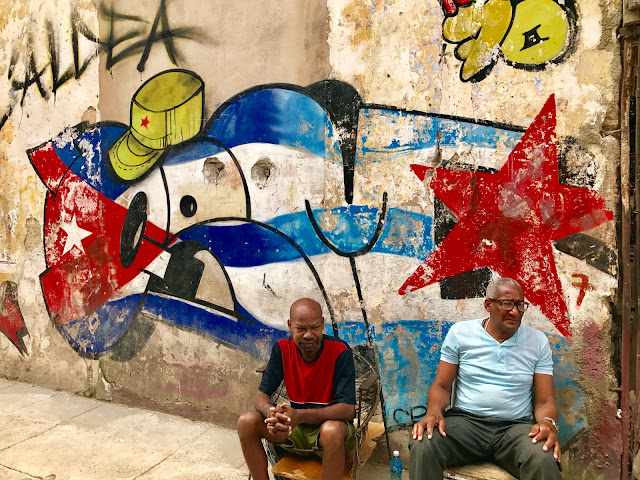 Our AirBnb was located in Havana, Cuba or Habana, Cuba as the locals would say. Betsy our AirBNB host was amazing! and if you travel to Cuba definitely stay at her home. At Betsy’s we met Hayley, Lyndsey, Irvin, James the “Aussie”, and Alexis and King, a married couple from Philadelphia. These new friends of ours quickly became family and they made this trip worth every penny. After meeting our new friends, Drew realized he lost his wallet in the taxi. Did you really think nothing would go wrong on a vacation involving Drew and I? Drew spent our first day and a half with the help of our super host Betsy tracking down the taxi and his wallet. While Drew was out and about, I was touring Old and Central Habana with Irvin, Alexis and King. The walking tour throughout Old and Central Habana was approximately six miles to and from our AirBNB.
During the walk I learned a lot from Irvin, who is a Cuban American. I learned that Cuba is small so you often run into familiar faces whether they are locals or other tourists you may have passed in the airport. In a communist country such as Cuba, the government controls all aspects of life for its citizens. In Cuba: citizens receive a monthly stipend, citizens receive rations of home goods such as toiletries, Cubans are just recently allowed to enter hotels, citizens cannot cook, sell, or buy beef, citizens aren’t allowed to own guns which is the main reason their crime rate is low, cars are from the mid-sixties, and most importantly there are two different currencies. The two currencies in Cuba are CUC (pronounced cooo-K) and CUP (pronounced cooo-P). The CUC is a convertible so it is used by tourists only. The CUP is used only by locals, and locals can get in trouble for using the CUC. The CUC is twenty-five times more valuable than the CUP, so be mindful about getting your correct change while visiting.
On a positive note, Cuba has a well sought out medical program which brings many Angolans or other international students to the country. Also, Cuba does not have a homelessness issue because the country and its citizens take pride in the idea of an inheritance and passing valuables from generation to generation. 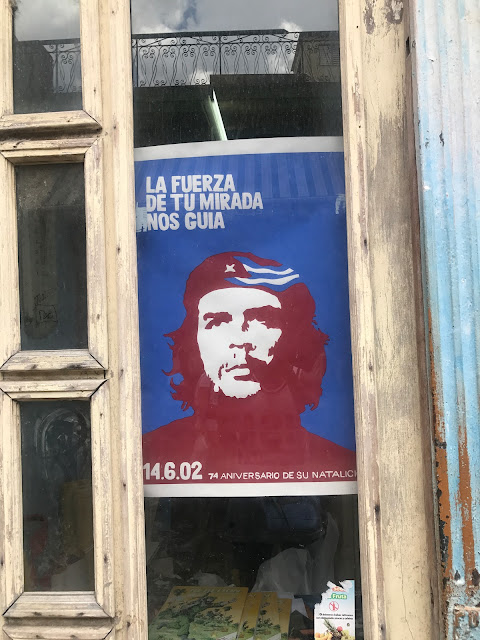 Day 2 in Cuba I walked all throughout Old and Central Habana once again to guide Drew since he missed the previous days activities. We also visited the Monastery, which is a restaurant overlooking the ocean that is built like a Monastery. After the Monastery, we visited Plaza del Cristo where we would have breakfast at El Dandy the following morning. Later that night, we went out to FARC aka Fabrica del Arte Cubano. FARC is part nightclub, part art exhibit and it reminded me so much of being home in NYC, enjoying great people and great vibes. 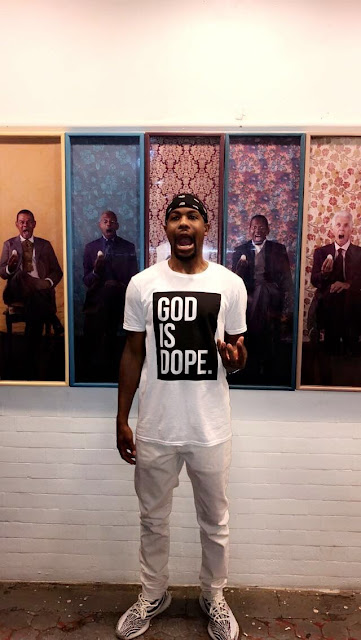 Day 3 was the most eventful day of my Cuban experience. An action packed day that allowed us to enjoy Central Habana as well as travel toward the countryside. After breakfast at El Dandy, Hayley, Lyndsey, Drew and I went to a BB gun range before walking around Old Habana sightseeing and visiting the local markets. Drew bought a fedora, cigars, and other trinkets, as I missed out on some precious art because my funds were low. Next, we visited the famous Plaza de Viaje seen in many television shows and films. Plaza de Viaje is a historic site built originally for processions, executions, bullfights, and fiestas. Day 3 would continue with a visit to the Malecón where we would coincidentally run into King, Alexis, and Irvin having brunch at the Monastery. The Malecón (officially Avenida de Maceo) is a broad esplanade, roadway and seawall which stretches for five miles along the coast in Havana, Cuba, from the mouth of Havana Harbor in Old Havana, along the north side of the Centro Habana neighborhood, ending in the Vedado neighborhood. The main purpose of building the Malecón was to protect Havana from the water and the so-called Nortes, but in reality, it would end up serving more for nighttime promenades by Habaneros, for lovers and most of all for fishermen. 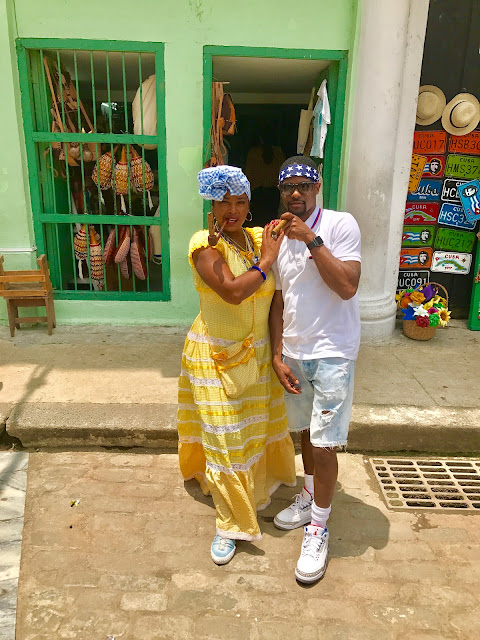 Later on, we flagged down a pink convertible taxi headed to Playa del Este in Terrara. Playa del Este is one of the few private beaches in Cuba, and also home to a yoga retreat center where Hayley and Lyndsey retreated. Drew and I eventually left the girls at the retreat and headed back to Central Habana for dinner at La Guardia. La Guardia is the top restaurant in Cuba; celebrities like President Obama, Jay-Z, Beyoncé, Derek Jeter, Jack Nicholson and others whose pictures are on the wall frequently visit it. La Guardia was close to Betsy’s and a perfect way to end day 3. 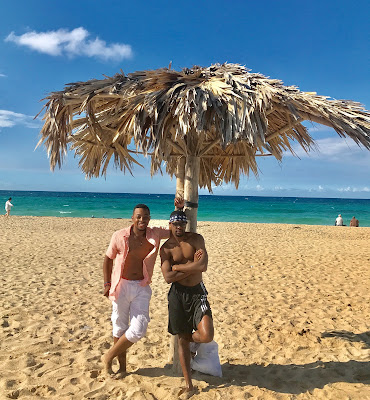 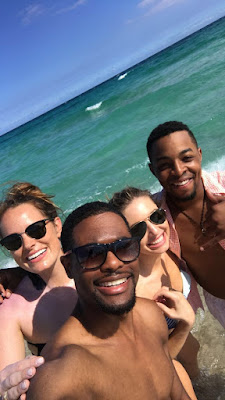 Day 4 was the least spectacular day of my trip in Cuba but still refreshing. Drew and I walked around Central and Old Habana to capture more footage for our blog and vlogs. We also got haircuts at a barbershop to feel more like a local. I never cheated on my barber until I got to Cuba, and I definitely don’t regret it. We visited Capitolio, the capital building for Cuba which is identical to the United States Capital building in Washington, D.C., USA. Afterwards, Drew and I took another convertible car tour visiting Cristo and Castillo del Morro. Cristo is a marble statue of Jesus Christ gifted to Fidel Castro by the Italians. Cristo is a carbon copy of the Christ Redeemer statue in Brazil but on a much smaller scale. Castillo del Morro is a fort by the same name as the one in Puerto Rico which we visited. Castillo del Morro is a fort built to defend Cuba from foreign invasion as well as the war between France and Spain for the rights of Cuba. While visiting Castillo del Morro, Drew and I also made Guarapo Frio, sugar cane juice. Freshly made sugar cane juice with no additives is the sweetest, healthiest, most delicious drink you can find in Cuba and best I have ever tasted.

Day 5 was my last full day and the last day the gang of four would roam the streets of Cuba. We spent the day in Vinales, Cuba which is about a 2-hour car ride from Habana. We visited the Santa Tomas cave which is approximately 45 kilometers and has 8 levels. The cave is usually full of water during rain season, which is totally unimaginable once you crawl to its depths. The cave was pitch-black covered with minerals and limestone. Bats, snakes, eels, crabs, and other critters lined the walls, ground, and small pools within Santa Tomas. We definitely were not dressed appropriately for this cave hike, which I’d say is more suited for spelunking aficionados. 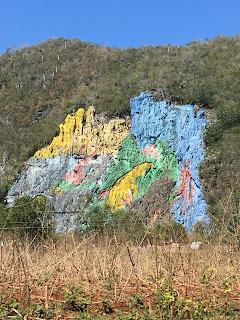 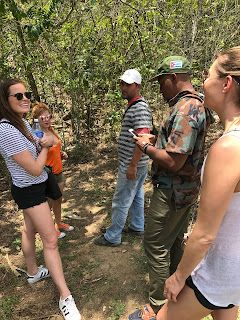 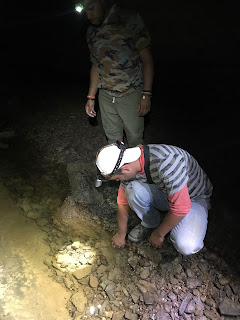 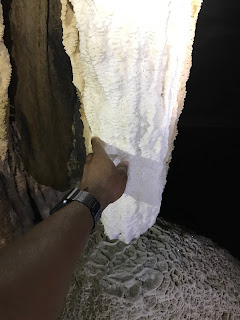 After exiting Santa Tomas, we visited the nearby tobacco farm on horseback. This was my very first horseback ride and I imagined being in the Kentucky Derby as I would race past the other horses in the group. Once we reached the tobacco farm, I learned so much about cuban cigars. The process of cigar making is intricate and it takes patience. The Cuban woman play an important part in this lengthy process from the cooling and storage of the tobacco leaves to the rolling of the cigar; so lest we not forget them. Cuba is known for the world’s best and most famous cigars which for ages has been illegally imported around the globe. Drake said “You Only Live Once”, so by that motto I decided to try my first cigar. 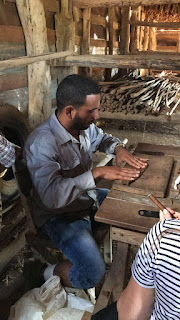 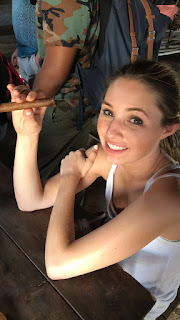 I learned much from the locals, people who are happy with what they have and are happy to be alive. There are many misconceptions of historic Cuban figures such as Che Guevara, Jose Marti, the Castro family, and others. Che Guevara is a famous historic figure viewed with you see in movies, books, on posters and various clothing. Che is Argentinian and not Cuban and is usually looked at as a positive figure but to the Cubans, Che was a murderer who killed many Cubans and Mexicans. Che certainly gets mixed reviews worldwide, some good and some bad. Jose Marti was a Cuban journalist and national hero who worked for an independent Cuba. Cubans view Jose Marti as a drunkard whose journalistic ability was exaggerated. To the Cubans, the real hero was Camillo Cienfuegos. Camillo Cienfuegos along with Che and the Castro brothers led the revolution against the autocratic Cuban government in the 1950s. This revolution led to Fidel Castro’s rise to power which Cienfuegos mysteriously died shortly after. Cienfuegos, whose name translates in English to “one hundred fires,” is revered in Cuba as a hero of the Revolution, with monuments, memorials, and an annual celebration in his honor.

Cuba was amazing, sweet and simple. I enjoyed meeting all my new friends and I was sad to leave. Betsy took care of us so much and I will continue to pray for her and her family. Please check out How to Travel to Cuba and Where to go in Cuba video blogs by Drew. I hope you are inspired to travel and once you begin you will see that your experiences will become richer. I’m off to my next adventure in two weeks! 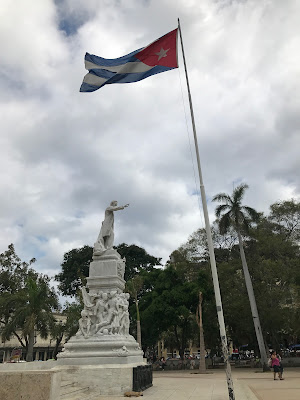